Rromani Activists from Rroma Nation Movement in London launched a petition called “Justice for Mitko” that will be delivered to the Bulgarian Ambassador in London, UK, on 16th May 2016, on the occasion of the Rromani Resistance Day. Mitko Yonko, a 17-year-old Rromani boy, was brutally beaten, after telling a Bulgarian Neo-Nazi that Rroma and Bulgarians are equal. This happened on Monday, April 18th, 2016 in the village of Ovchepoltsi in Bulgaria. The Neo-Nazi filmed the attack and put the video on his Facebook page. Dur 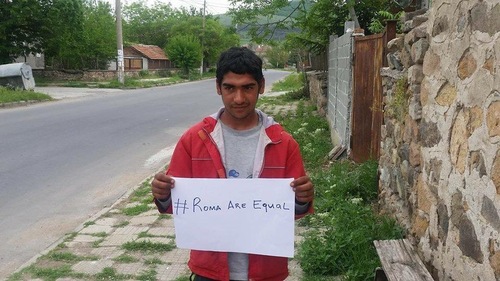 ing an interview on BTV, a Bulgarian national broadcaster, the 24-year-old attacker Angel Kaleev admitted his racist motivation. The Neo-Nazi proudly said that he does not feel any guilt for what he did. The footage of the attack will not be published here as it provides scenes of violence and humiliation. The Nazi Angel Kaleev who attacked Mitko was released from the custody on April 22nd. The district court of Pazardzhik ruled out that the Neo-Nazi can go home if he pays the bail amount of 500 Leva, which is about 250 €. You can sign the petition in support of Mitko here because if the authorities ignor the racist motivation of the perpetrator Angel Kaleev, as it usually happens in Bulgaria in such cases, it will be a clear indication that: