Since 2014, the Civic Association of Konexe, is organizing the blockade of the Pig Farm in Lety u Pisku on the 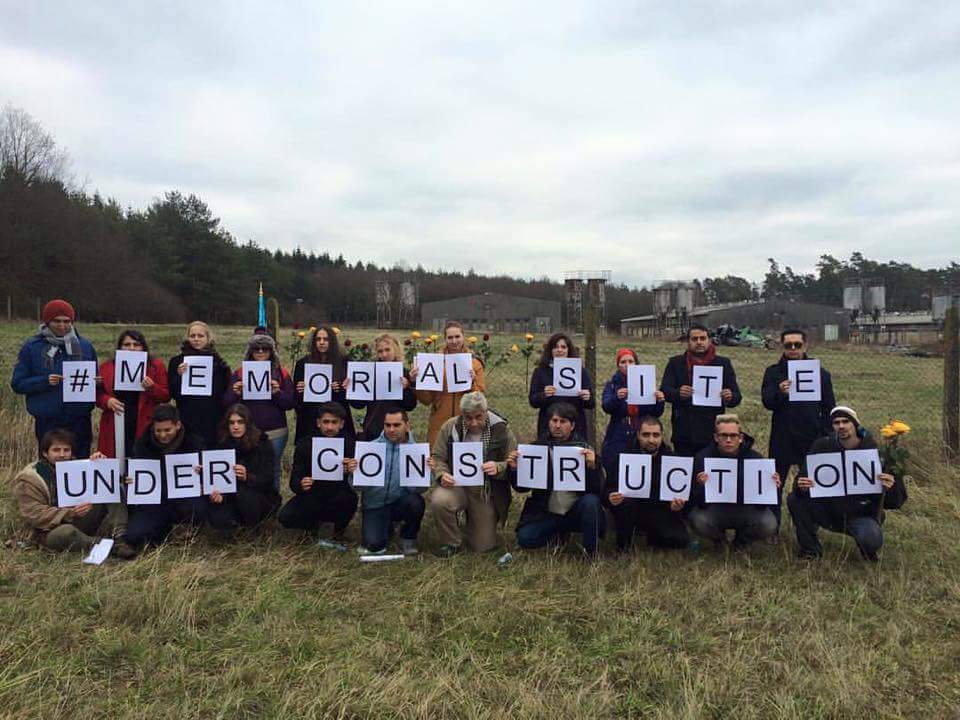 occasion of the Rromani Resistance Day. Lety u Pisku is a former concentration camp of the WWII, known as “Gypsy Camp” (for more info about the concentration camp click here. After the war, the existence of Rromani camps was practically forgotten outside the Rromani community, except by specialized historians. The whole community of Czech Rroma was annihilated and the new ones, who came from Slovakia and Romania, had no knowledge of this tragedy. During the 1970s, a large factory pig farm was constructed near the site of the Lety camp, and recent studies shows that a part of it is on the site where was present the concentration camp. From many years Rromani activists are asking for the removal of the Pig Farm and the building of a proper Memorial Site.

Since 2014, the activists from Konexe are physically blocking the Pig Farm for the RromaniResistance day by putting locks on the gates for many days. This year there will be a symbolical blockade of pig farm in Lety u Písku. It will be more like an “experience” or maybe “explore the site of genocide” weekend.

Starting 13th May at 15:00 with guided tour in Pig Farm area. Mourning march from the Pig farm to village cemetary in nearby Mirovice will happen on Saturday afternoon (Saturday 14th May, 14:00).

Monday 16th May – Demonstration at the European House (seat of EU office in CR) in Jungmannova Street in Prague. This demonstration will demand EU to stop funding the pigfarm operated in the very site of Roma genocide in Lety u Písku.

For more info on the event please click here

Watch the photogallery of the past events